NeuroOn, the self-proclaimed "world's first smart sleep mask" isn't a medical grade device, but it's much better than a coin toss.

Its total accuracy in detecting sleep stages is 65%.

One of the biggest problems with NeuroOn is that when used as an alarm clock almost every third time (31.6%) it will choose the worst possible moment for waking, assuring lack of energy and grogginess1 after awakening. 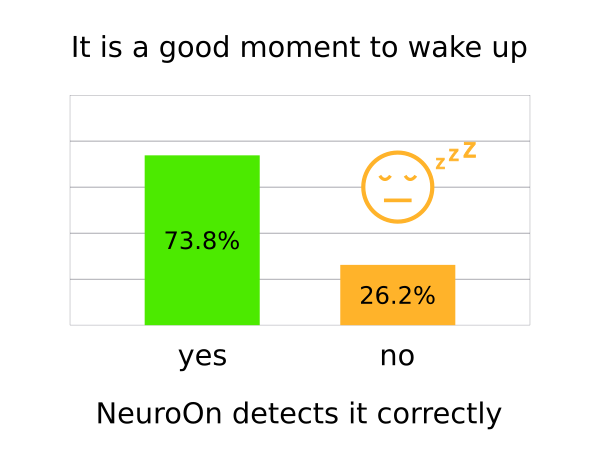 When polysomnography detects a sleep phase suitable for waking up, NeuroOn agrees in 73.8% of the cases. In the rest 26.2% it isn't a big deal, since it will just wait until the next good opportunity to wake you up. 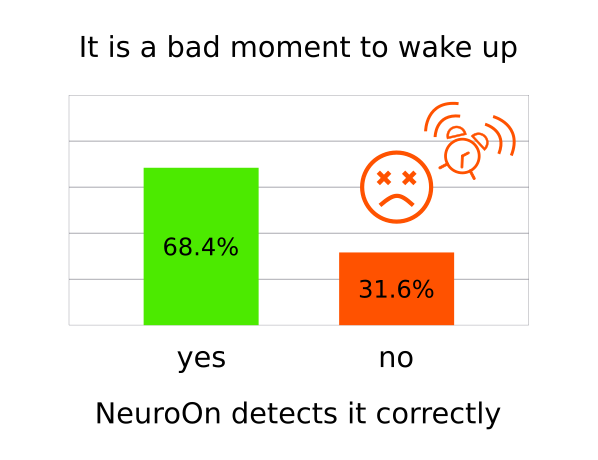 When polysomnography says not to wake the user up, NeuroOn agrees in 68.4%. In the rest 31.6% - nearly a third of all cases - it could try to wake the user, resulting in …

Winding up the long-overdue NeuroOn's signal research together with Ryszard Cetnarski from Nencki Institute of Experimental Biology in Warsaw (github profile) we created a scientific poster summarizing our findings. We presented it at the 6th International Conference "Aspects of Neuroscience" (link) taking place between 25-27th of November in Warsaw, Poland. 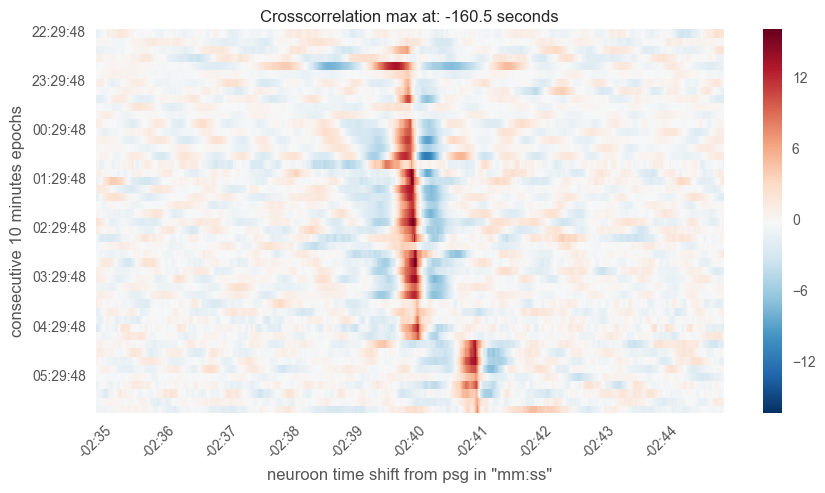 Just as the research notebook itself is freely available on Github and licensed under MIT License, our poster is released as completely open, under a little bit more restrictive CC-BY-SA license.

Since our research wasn't criticized beyond data representation methods on the course of several months, it should be safe to assume that it's ready to present to a wider audience. On the course of the following week you may expect a full NeuroOn verification summary blogpost with results explained in simple terms, leaving no ambiguities regarding the device. 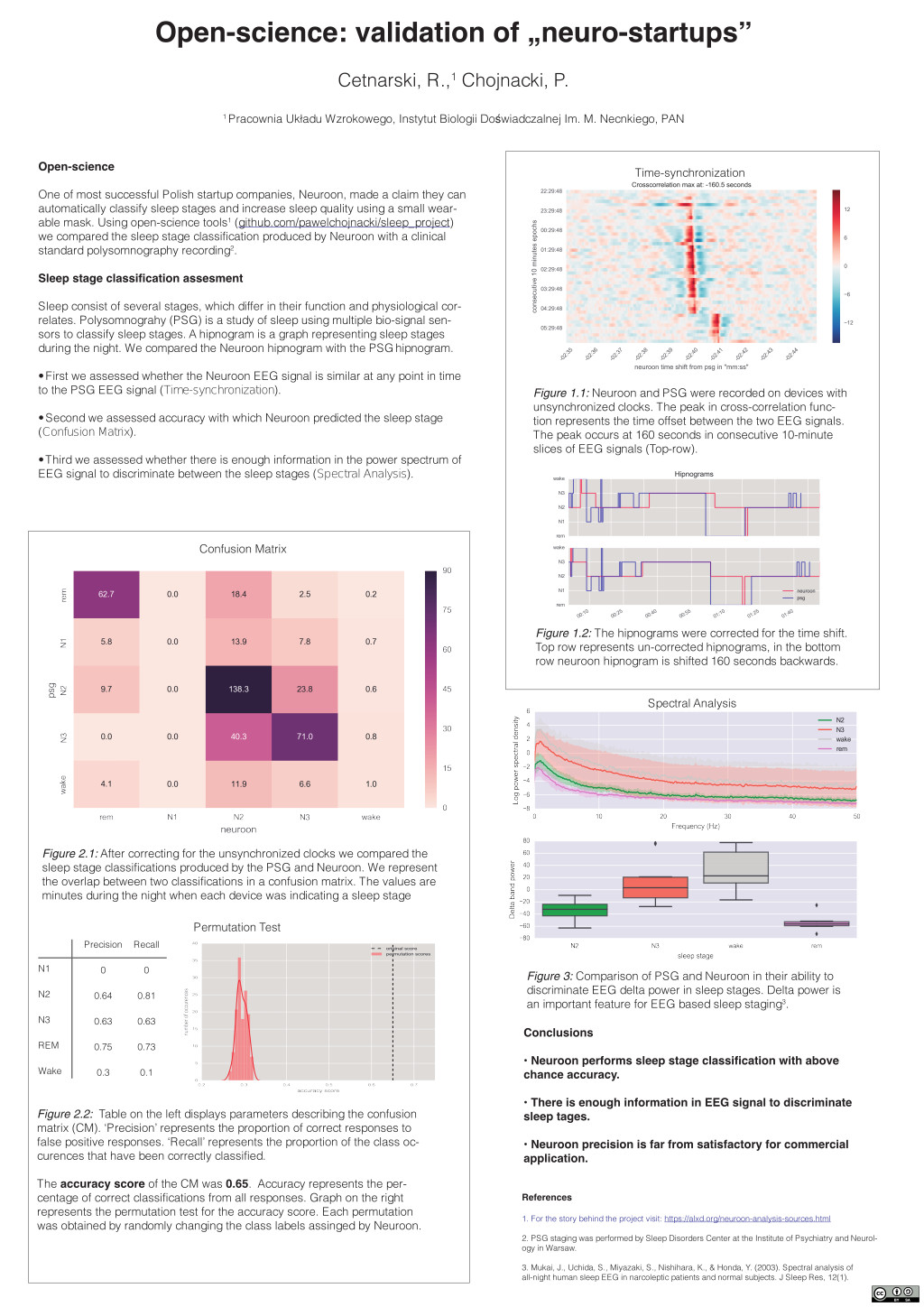 The poster is available in PDF, SVG and AI.

The analysis and all the data files are available for peer review at my Github. 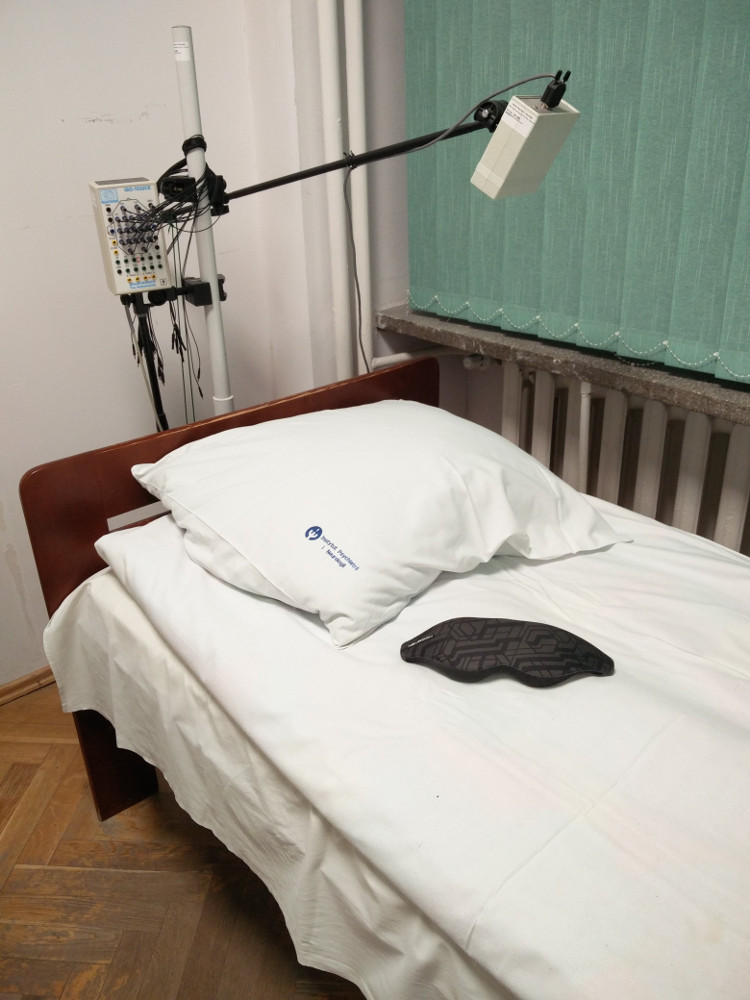 I was intending to start a blog for a long time, kept back by the feeling that I didn't really have anything valuable to share. This changed when I found a Polish startup - NeuroOn1 over two years ago. My first post2 expressed all the hopes I had for the sleep mask and skepticism at the clear disregard for scientific standards of its creators. Since it consists mostly of quotes I don't want to risk misinterpretation of IntelClinic employees by translating it fully. I ended it with the following paragraph:

The NeuroOn sleep mask cannot work exactly as advertised - it cannot utilize a proper EEG signal. While it can detect a REM phase in sleep very roughly, it's very far from reliable sleep analysis. The majority of the population isn't able to achieve polyphasic sleep, since their brains aren't capable of that. A similar thing goes with lucid dreaming. NeuroOn at its best …