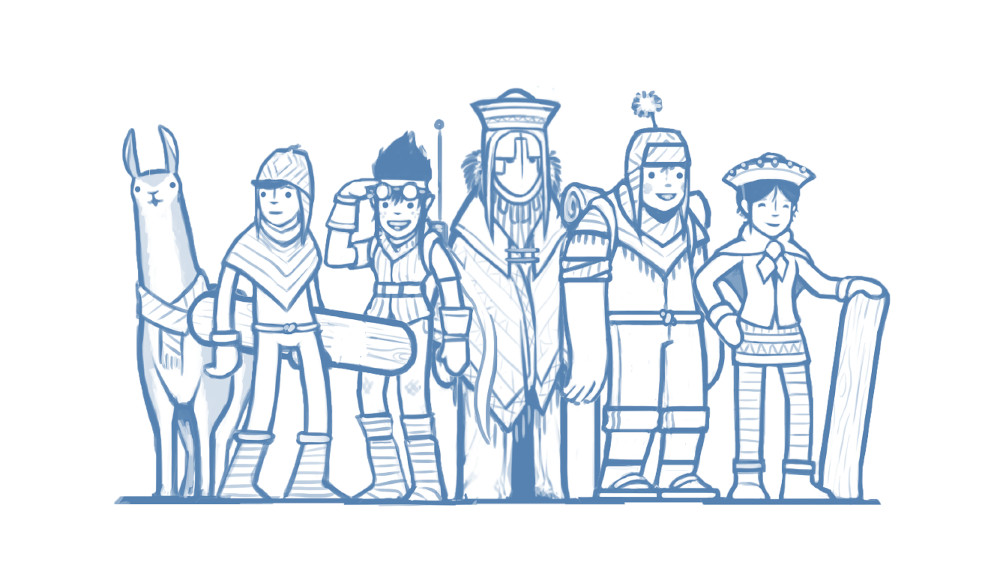 When speaking to people about Solarpunk and browsing the Internet, quite often I encounter an interesting question: if you were to design a Solarpunk game, whether pen-and-paper RPG, a visual novel or something else, where should the conflict be? Should there be any factions? The world is supposed to be utopian, so where is any drama in that?

I could write essays and books on this topic, but just as an example I wanted to show you a quick sketch of a faction system which could be used in a Solarpunk world / game. Each of the groups below should be distinct and internally varied, allowing opportunities for both alliances and conflicts in any combination.

It's 2050. The impossible happened: we became carbon neutral and stopped actively decimating the ecosystems around the planet. Global warming is still in full swing, the oceans are out of balance, but we are not hurting the Earth anymore, we can start slowly healing it.

The price of such a rapid change has been huge: wars were waged, nations and cultures were wiped out - sometimes by nature, sometimes by other humans. Whole continents are in chaos, infrastructure is broken and no one knows how to sensibly rebuild it in a sustainable way. It might take decades, if not centuries. People are traumatized, future-shocked, hurting and confused, but they're alive and they no longer actively want to kill each other. They mourn their dead, they keep on living, they cling to hope that out of all this - something better will grow.

The Solarpunks won and in some sense, everyone on the planet is now Solarpunk: believing that the sustainability is more important than profit and that without each other's support we will all die.

Across the globe, there are some centers of civilization which survived and prospered enough to start helping others around them. They decided not to fall into hopeless faction warfare, but they have very different ideas on how to go on from here.

Please feel free to use these as inspiration - and shoot me an email if you find it useful!

As a side note, if you'd like to play a Solarpunk RPG, I can wholeheartedly recommend you a post-post-apocalyptic Legacy: Life Among the Ruins and its "Engine of Life" expansion. It's a beautiful game focusing on both characters and communities, where you can play with as much hope and despair or you want, following factions through generations of rebuilding the world.