For the last several months I've been attempting to write a comprehensive blogpost-manifesto summarizing my research into technological narratives in popular culture - and hackers' place in it. Since all the drafts I produced were overly long and hard to get through, I decided to cut the subchapters into shorter and easier to understand blogposts.

I'd love to hear your feedback, especially if you think that I omitted something important. All contributions to the text will be listed under the subchapter / final manifesto, licensed CC-BY-SA. 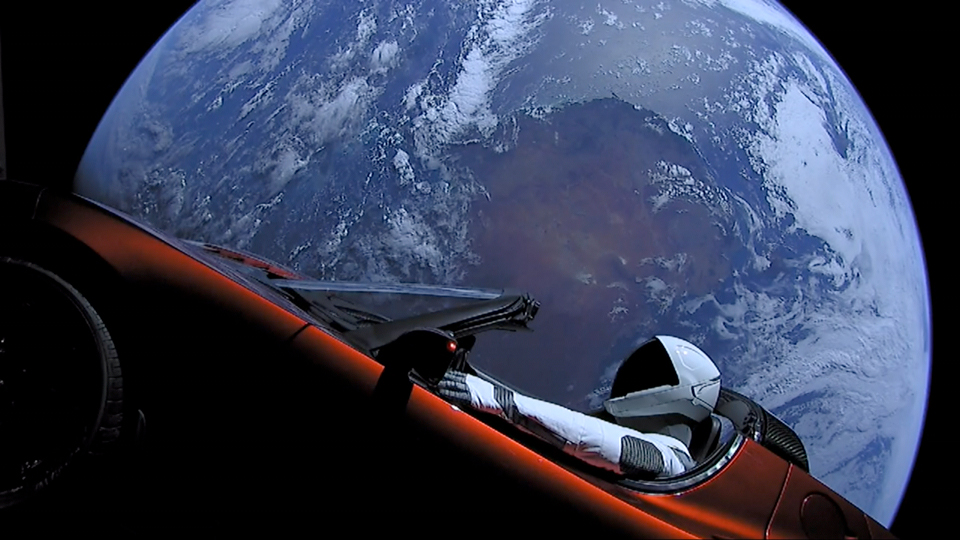 Why does our culture promote Elon Musk - a PR-savvy businessman - as an icon of technological progress and invention, while silently omitting millions of real people taking part in knowledge-sharing projects such as Wikipedia?

To answer that question, we need to look at the heroes of modern mythologies we create - and their relation to technology. For most of people living in the Western, English-speaking culture, the most prevalent mythology would be that of superheroes, be it DC, Marvel, or one of the lesser known publishers. The unspoken values propagated through their tales do affect how we see the world around us, what stories we tell ourselves and which real events seem realistic according to our learned expectations.

For years, we've been accepting the capitalistic and individualistic narratives on technology, painting an invention as a work of a single, exceptional individual - not years of work of the whole scientific community or a group of engineers.

We idolize Edison or Tesla, dream about genius billionaires like Batman or Iron Man. It's sexy to attribute the whole invention to a single person, totally forgetting all the co-creators, contributors and people whose research the design is based on. Groups and communities are not interesting enough to sing ballads about, are they?

The inventions of the popcultural heroes are very egoistic, too: Iron Man or Black Panther don't revolutionize the world around them sharing the life-changing and life-saving technologies. They use them only on themselves, for their own profit. The narratives make us believe that jumping on a grenade in a super-suit saves more lives than improving the whole country's (or world's) medical care.

It seems that the perpetual fight of those icons serves only the preservation of the status quo, not any improvement of the world in general. The exceptional class of heroes is akin to the wealthiest elites, chosen by the power of the Free Market, waging battles incomprehensible to the mortals, who can experience them only in the form of collateral damage. In Marvel worlds - it's the regular destruction of New York, and in reality - the ever-growing price of insulin1.

The technology those heroes wield is also created in a way which preserves the status quo: those one-of-a-kind artifacts and prototypes for various reasons cannot be shared with the general public. If a blueprint or a sample is somehow leaked, it can only lead to terrorist threats - like in the last Spiderman: Homecoming. It clearly tells us that we cannot trust regular people with the super-human technologies: they need to be guarded by either the heroic elites, or the military.

Few societies from the heroic stories can boast uniformly-spread progress - like Asgardians and Wakandans. Despite near-magical technologies available to every citizen, the societies are conveniently structured as monarchies with an exceptional individual at the top. Does that suggest that while scientific progress is a given, the social one doesn't come as easy? Or is it a voluntary blindness of the narrative, refusing to see communities as a worthy subject of a story?

In the worlds suggested by the western popculture, communal projects such as Wikipedia sound impossible. Millions of people creating and sharing knowledge for free? No heroes to lead them and fight battles in the name of freedom (while hoarding secrets for the sake of security of humankind)?

What slowly reveals itself to be a propaganda machine (created consciously or not) diverts our attention from Wikipedia-like projects. It shows us a PR-savvy businessman like Elon Musk as a visionary who can lead us to Mars, completely ignoring the myriad achievements of NASA, ESA and scientific communities which paved the way for a millionaire's marketing stunts. The would-be-prophet takes the cultural space we should be dedicating to groups like the Wikipedians, a variety of Free Software projects, Doctors or Reporters Without Borders, working much harder to improve the world we live in right now.

If hackers want to share their values with the general public, they need to realize how important - and yet, implicit - communities are in their culture. Free Software is about celebrating every new participant and contributor, not just the rockstar project leads. When we consciously name this value, it's much easier to realize why we've been so misunderstood in our previous attempts at communication.

A story explaining who the hackers are cannot be a story about a lone wolf fighting to change the world, however unjust it is. This only strengthens the exceptionalist narrative that superheroes and cyberpunk propagate. Such a story needs to introduce a community as a lead character, celebrating their cooperation and not shying away from their conflicts. We can use all the narrative tools we know, but instead of a single person wondering if they can or want to carry on, we can see a group asking: is working together worth it?

This wouldn't be a group of superheroes, either. They always need to be a part of the society - they cannot afford to live outside of it. Only the Starks and Waynes with multi-billion dollar empires can not care about the social problems on the street level or climate change. If the metro system is down, the hackers suffer as much as bakers or schoolteachers. New residential regulations or a developer moving in are real threats to a hackerspace, since they can quickly lead to eviction.

Knowing these are no Avengers we're talking about - we need to extend the context even further. Hackers are not only a group which is impacted by the society, but they affect the society as well. Balancing their daily lives and technological passions they create new knowledge and technology, changing the world for other people. Even the most minuscule free software projects change the status quo in a way Tony Stark could never imagine.